Buy tickets for our exciting season of plays below, as well as our Children's Theatre productions, Performance Series, and more! Brighton Beach Memoirs September 8 - 18, 2022 Mainstage 1 Neil Simon's masterpiece about baseball, girls, and coming of age in Depression-era Brooklyn. The Spitfire Grill (the musical) October 6 - 16, 2022 Forum 1 Based…
Read more 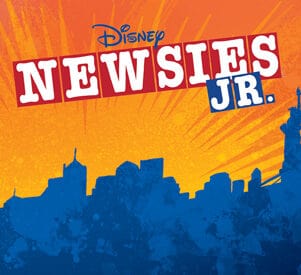 Mainstage Musical: Newsies Jr
A show for all ages!

New York City, 1899. Jack Kelly and his ragtag team of newsboys make a meager living selling newspapers on the city streets. But when the prices of “papes” are hiked and the newsies are hung out to dry, there is nothing left to do but “open the gates and seize the day!” Led by charismatic Jack and independent, young newspaper reporter Katherine Plummer, the Newsies form a union and organize a strike against the greedy publisher of the New York World. Can a group of idealistic newsboys win against a foe as powerful as acclaimed publisher Joseph Pulitzer? Inspired by the true story of the 1899 Newsboys Strike, Newsies is an ebullient, joyful, and entertaining musical capturing the strength that young people have when they join together and stand up against injustice. With a funny, poignant book by Harvey Feirstein and stunning music by Alan Menken and Jack Feldman -- including the show-stopping Seize the Day, power ballad “Santa Fe” and lovely new songs like Katherine’s “Watch What Happens -- Newsies is a classic with the power to inspire. 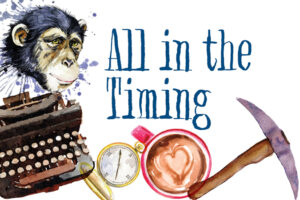 Spring HSR: David Ives All in the Timing

“All In The Timing” is a series of six individual short plays from creative playwright David Ives.  The plays offer a comedic, insightful, and reflective commentary on life through a set of unusual occurrences. Enjoy Ives’ wit and charm in the most intriguing of situations, as “All in the Timing” asks the important questions like: Could three monkeys write Hamlet? (Words, Words, Words) or What do you do when you’re stuck in an alternate universe? (The Philadelphia.) Exact choice of final six shows will be selected during the fall semester with input from the student director(s). What would you do if you had all eternity? Eleven-year-old Winnie Foster yearns for a life of adventure beyond her white picket fence, but not until she becomes unexpectedly entwined with the Tuck Family does she get more than she could have imagined. When Winnie learns of the magic behind the Tuck’s unending youth, she must fight to protect their secret from those who would do anything for a chance at eternal life. As her adventure unfolds, Winnie faces an extraordinary choice: return to her life, or continue with the Tucks on their infinite journey.

Welcome to Colchester, a small town where everybody knows each other and the pace of life allows the pursuit of love to take up as much space as it needs. Our tour guide is Suzanne, the town photographer, who lets us peek into her neighbors’ lives to catch glimpses of romance in all its stages of development. A play about love, nostalgia, the seasons, and how we learn to say goodbye. Almost Maine meets Our Town in this beautiful look at life and love.

Interested in being a part of the cast or crew?

Auditions for Newsies Jr. & Kodachrome: Auditions Sept 24/25 Auditions will be held at at the Theatre! Please enter main lobby. Newsies callbacks for select students will be Sunday afternoon/evening All students must be enrolled in a class to audition or crew We will likely be asking for testing prior to dress weeks. Audition/Crew Sign…
Read more
Something Rotten Program Final
Read more

No comments by Eddie Sugarman yet. 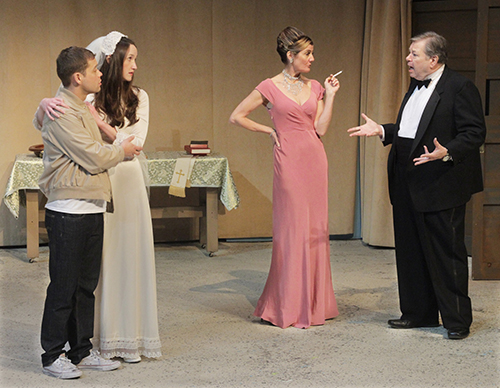