The masterfully constructed thriller moves from one moment of suspense to another as it builds toward a chilling, breath-stopping final scene. In fact, the movie rated tenth on Bravo's "100 Scariest Movie Moments" for the final climactic scene.

"Wait Until Dark" was first performed on Broadway in 1966 where it was a tremendous hit. It featured Lee Remick and Robert Duvall. The film version came out in 1967 featuring Audrey Hepburn and Alan Arkin.

"Wait Until Dark' is one the greatest thrillers of the stage," Director Greg Kolack said. "TWS is presenting this classic on its 50th anniversary. Although it is a half-century old, it holds up remarkably well with its power to pull the audience in and literally make them jump out of their seats. It is complex, psychological, unpredictable, and brilliantly written from beginning to end."

The play is set in a basement apartment in Greenwich Village in New York City. Blinded in a car accident, Susy Hendrix, played by TWS actor Abby Madden of Brookfield, is first manipulated then terrorized by three con men. They are searching for a lost doll of great value that had been unknowingly slipped to Susy's absent husband.

Susy must muster her resources to outfox her tormentors, turn her disability to advantage and survive. The drama plays on the themes of darkness and light as Susy navigates through her sightless world, and the crooks signal each other with light through the Venetian blinds.

Major Paull Knott was an English playwright known for his ingeniously complex, crime-related plots. Although he completed only three plays in his career, two have become classics: the London-based stage thriller " Dial M for Murder," which was later filmed in Hollywood by Alfred Hitchcock, and the chilling 1966 play "Wait Until Dark," which also became a Hollywood film starring Audrey Hepburn and Alan Arkin.

Knott, the son of Quaker missionaries, was born in Hankow, China, in 1916. Sent to England for his education, he graduated from Cambridge University with a degree in law in 1938, then served in the Royal Artillery during World War II.

After the war, he was struggling to make a living as a screenwriter when he decided to try his hand at writing a play. He gave himself a year to write one, but it took 18 months and almost bankrupted him. That play turned out to be "Dial M for Murder" which is still performed around the world.

Encouraged by this success, Knott tried his hand outside the suspense genre with the play, "Mr. Fox of Venice," but it did not do well. His gift was weaving sinister suspense stories, and all future theatrical successes fit into that category.

Maurice Evans, who played the lead in "Dial M for Murder" at Westminster Theatre in 1952, described him as “a particularly meticulous writer. The fascinating web of clues, counter clues, and red herrings that so intrigued theatre audiences is typical of the way his mind works. Every detail of his plot is placed with deadly accuracy." 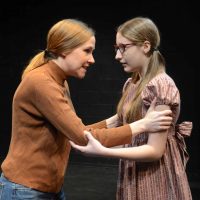 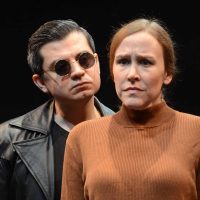 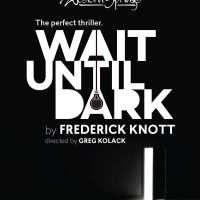