Residing in suburban Chicago, Charmaine Spencer has been a classroom teacher, a
professional puppeteer, and script consultant for the Puppeteers of America. As writer-in-residence for the touring Children's Theatre Institute of Indianapolis, she crafted twelve, two-actor, adaptations of classic literature. Four of her plays for young audiences have been performed by the high school touring company of The Children’s Theatre of Western Springs Ms. Spencer’s play, “Fireflies,” about the young artists of Terezin concentration camp, is soon to be produced for the second time by J*Company Youth Theatre in La Jolla, California. In 2009, “Fireflies” received the outstanding new play award from the National Youth Theatre Association and is currently available through Eldridge Publishers.

In 2010, a commissioned one-man show, “Be My Love, an Evening with Mario Lanza”
toured the UK after winning the sell-out award at the Edinburgh Fringe Festival. Her ten-minute plays have been included in several short play festivals. Currently, Ms. Spencer is at work on book and lyrics for two musicals, songs from which have been featured in Chicago Dramatists and ASCAP sponsored Cabaret of New Music performances. 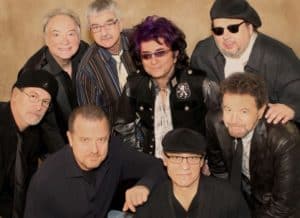 Jim Peterik and the Ides of March