One Woman Sex and the City: A Parody 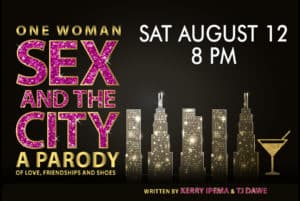 A TWS Performance Series Fundraiser
On the Mainstage
$35 ($30 for TWS Subscribers)
Due to mature content, those under the age of 17 should not attend.

This loving tribute and send-up takes audiences through a laughter-infused version of all six seasons of the beloved show. TJ Dawe – (Director and co-creator of One Man Star Wars Trilogy, One Man Lord of the Rings and PostSecret: The Show) has comedic whirling dervish Kerry Ipema (PostSecret: The Show) bringing all the favorite characters to life as they brunch, banter, argue, support each other and swoon over men and Manolos.

Ipema is an actor, improvisor, producer and writer. It was while touring Post Secret: the Show, that TJ and Kerry discovered their mutual love for all things Carrie, Miranda, Charlotte and Samantha. Back home in New York City, Ipema performs weekly in the acclaimed show Accomplice; she’s the creator of Lady Bits, a semiannual fundraiser for Planned Parenthood; and she can be seen regularly at the People's Improv Theater and in the immersive theater of the Woodshed Collective. Ipema is a proud graduate of Indiana University.

Photos from One Woman Sex in the City 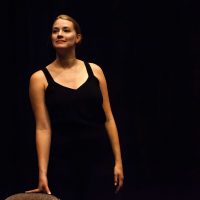 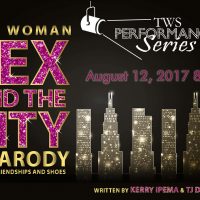 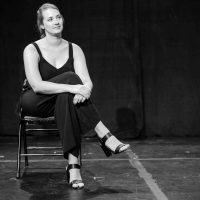